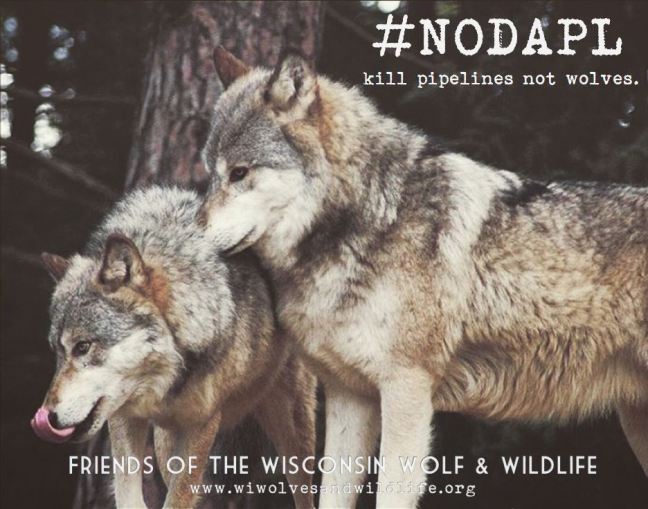 The news is going from bad to worse. We’ve just learned that President Trump has given the go-ahead for construction of two oil pipelines – Keystone XL and Dakota Access – both of which had been halted during the Obama administration. This is also a fundamental reason behind the delisting efforts of wolves in the Great Lakes region.

Wolves have long been used as scapegoats for wildlife management problems and for industry. Both US and Canadian governments systematically target wolves. Initially, wildlife managers used bounties to encourage people to kill wolves. Then they used poison, leg-hold traps and marksmen from helicopters to wipe out the predators. In extreme cases, such as in northern Minnesota, men were sent to dig out dens and strangle wolf pups.

Two particularly repugnant methods of destroying wolves – shooting wolves from helicopters and poisoning wolves with baits laced with strychnine – have already been carried out in response to the caribou and moose declines.

Rather than killing wolves, we should be stopping the habitat destruction and restoring habitat associated with tar sands and pipeline production. Without healthy habitat, the decline of all wildlife is inevitable, no matter how wolves are managed. If we want to protect wolves and other wildlife, our first priority should be protection of their habitat.