Madison, WI – Endangered Species Coalition, along with Wolfwatcher, Nature 365, Friends of the Wisconsin Wolf & Wildlife, among others, have launched a year long campaign in the Western Great Lakes to help demonstrate that wolves are a public asset, beloved by the citizens who live here. The majority of citizens, including those living amongst wolves, representing all walks of life including hunters, hikers, naturalists and farmers of Wisconsin, Minnesota and Michigan believe that wolves belong on the landscape and understand the vital role wolves play in the ecosystem.

The goal of the campaign is to engage and educate others about the benefits of wolves.

“As individuals learn more about wolves, we hope they will turn their knowledge into action by sharing their new information,” says Nancy Warren, U.P resident and Director of the National Wolfwatcher Coalition.

This yearlong campaign around wolves will focus each month on a theme showing values, science, art, photos, traits, stories and experiences wolves provide to Wisconsin, Michigan and Minnesota, as well as outlying states without wolves. Melissa Smith, of Endangered Species Coalition stated that the purpose is “we know that the media inherently reports on conflict, but this provides a skewed view when it comes to wolves.

We hope to give the public an opportunity to participate and express their love and support for wolves in a meaningful and positive way.

We want to support the cultural views of indigenous people, the best available science and the values of all our citizens.”

The project was launched with help from Mindfruit Studios and world renowned photographer, Jim Brandenburg, who lends his voice to the campaign launch video about wolves entitled, Big, Not Bad. Brandenburg’s work has always shown the wolf in a positive light, in addition to his Nature 365 project connecting people back to Minnesota’s wild nature.

To learn more about the campaign visit, www.endangered.org/big-not-bad

Please choose Great Lakes Wolves this #GivingTuesday.
𝑱𝒐𝒊𝒏 𝒐𝒖𝒓 𝑭𝒊𝒓𝒆𝒔𝒊𝒅𝒆 𝑪𝒉𝒂𝒕 𝒕𝒐𝒎𝒐𝒓𝒓𝒐𝒘 𝒕𝒐 𝒍𝒆𝒂𝒓𝒏 𝒂𝒍𝒍 𝒂𝒃𝒐𝒖𝒕 𝒕𝒉𝒆 𝒘𝒐𝒍𝒗𝒆𝒔 𝒐𝒇 𝑰𝒔𝒍𝒆 𝑹𝒐𝒚𝒂𝒍𝒆!
𝑵𝒆𝒘 𝑾𝒊𝒔𝒄𝒐𝒏𝒔𝒊𝒏 𝒘𝒐𝒍𝒇 𝒑𝒍𝒂𝒏 𝒆𝒍𝒊𝒎𝒊𝒏𝒂𝒕𝒆𝒔 𝒔𝒕𝒂𝒕𝒆 𝒑𝒐𝒑𝒖𝒍𝒂𝒕𝒊𝒐𝒏 𝒈𝒐𝒂𝒍
The final draft of the Michigan Wolf Management Plan has been released. As with any wildlife plan, no one will be completely satisfied, but here is a brief overview from our contacts in Michigan:
BIG NEWS for Montana Wolves!  Three days ago, @projectcoyoteorg and @wildearthguardians filed a lawsuit to stop the reckless slaughter of Montana wolves.
Happy Howl at the Moon Day! 🌕
Happy National Wolf Awareness Week! This is the time to celebrate the wolf's unique place in nature and learn more about their threatened status not only here in Wisconsin but worldwide.
ACTION ALERT: Wolves of Michigan and Minnesota need your voice!
A fence around this northern Minnesota cattle ranch may keep both calves and wolves from dying.
𝑯𝒂𝒑𝒑𝒚 𝑬𝒏𝒅𝒂𝒏𝒈𝒆𝒓𝒆𝒅 𝑺𝒑𝒆𝒄𝒊𝒆𝒔 𝑫𝒂𝒚!
Happy Mother’s Day from our pack to yours 💕
TODAY IS THE DAY! Join our phone jam to tie up Secretary Haaland and President Biden's phone lines all day long with calls about wolves urging them to stand up for what’s right, listen to the American public, and relist wolves as an endangered species. 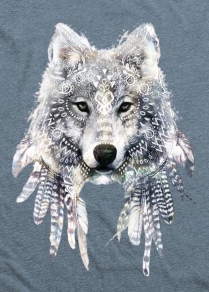 Friends of the Wisconsin Wolf & Wildlife formed in response to the wolf hunt and expansion of hunting and trapping in our state parks. Our mission is to advocate for Wisconsin wolves and wildlife by bringing diversity, science and democracy to wildlife policy.
Join 9,228 other followers
%d bloggers like this: