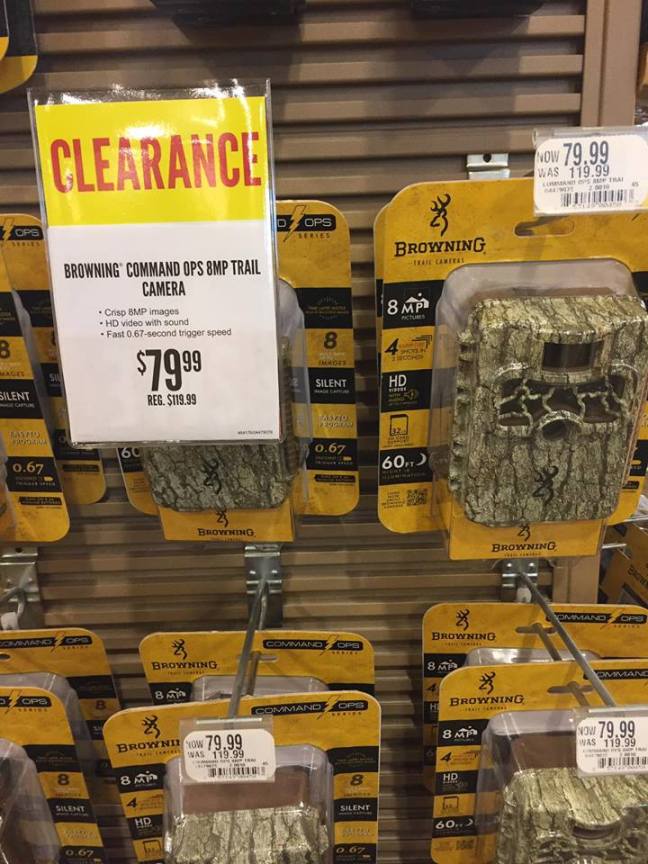 I started hunting ducks with my Grandpa when I was ten. I had a cheap Ithaca 20 gauge single shot with an exposed hammer that I had to cock with a screwdriver because the handle had broken off. We used a duck skiff that my Grandpa made himself. We hunted over decoys that my Grandpa carved himself. As cold as it got (and it got effing cold), I don’t remember my Grandpa ever wearing more than a grease stained sweater with maybe a cheap nylon windbreaker if it was super cold.

A few years after that I started deer hunting with my Uncle. Months before deer season we would start scouting – there were no game cameras. We never threw out bait because that kind of thing was laughed at back then. We didn’t build heated tree houses with sliding windows – we would sit on a log or stump. Sometimes, and this is going to sound really weird, we would walk until we kicked up some deer and then actually stalk close enough for a shot (being careful to stay downwind because there was no scent block clothing). When we got a deer, we would haul it back under our own power. There were no ATVs. When I started bow hunting I had a recurve with no sights. I shot instinctively and compound bows were a new thing and too pricey for a kid.

Fast forward to 2017. Many duck hunters own shotguns that cost more than my Grandpa’s car. The boutique lanyard they keep their calls on cost more than all the calls my Grandpa ever owned in his life (most of the time he wouldn’t use a call). Guys use mechanized decoys that would have made him laugh.

Deer hunting is even worse. People don’t scout anymore – they set out trail cams. They’re too busy building insulated, heated tree condos so their tootsies don’t get cold to actually scout. Baiting is now widely accepted and guys cry if it’s prohibited in their area. Nobody hunts more than a hundred yards from where they can drive their ATV. If you lack skill (and the majority do) you go to Cabela’s and buy stuff to compensate. If you still can’t manage to shoot anything (sorry, harvest) you complain about the DNR and blame wolves.

There’s nothing wrong with technology, but there is a point where it starts replacing skill and encouraging an attitude of entitlement.

You bought all this goddamn stuff and now you are entitled to a huge rack. One of the weirder new developments are the legion of “sportsmen” who have all the stuff, plus a shiny new F-250 and a 2000 square foot “hunting cabin” who are now filling their diapers over the prospect of the DNR raising license fees a few bucks. I looked at some of my old hunting regulations – farthest back I had was 2006. The price for a gun deer license was $24 – the same as it is now.

Then again, that was before the DNR-planted Superwolves ate all the deer, so I guess you were getting more buck for your buck back then.

One thought on “The Commodification of Hunting”

𝑯𝒂𝒑𝒑𝒚 𝑬𝒏𝒅𝒂𝒏𝒈𝒆𝒓𝒆𝒅 𝑺𝒑𝒆𝒄𝒊𝒆𝒔 𝑫𝒂𝒚!
Happy Mother’s Day from our pack to yours 💕
TODAY IS THE DAY! Join our phone jam to tie up Secretary Haaland and President Biden's phone lines all day long with calls about wolves urging them to stand up for what’s right, listen to the American public, and relist wolves as an endangered species.
𝐀𝐂𝐓𝐈𝐎𝐍 𝐀𝐋𝐄𝐑𝐓: 𝐍𝐚𝐭𝐢𝐨𝐧𝐚𝐥 𝐏𝐡𝐨𝐧𝐞 𝐉𝐚𝐦 𝐅𝐫𝐢𝐝𝐚𝐲, 𝐌𝐚𝐲 𝟔𝐭𝐡!
ꜱɪx ᴏᴊɪʙᴡᴇ ᴛʀɪʙᴇꜱ ɪɴ ᴡɪꜱᴄᴏɴꜱɪɴ ᴀʀᴇ ᴏᴘᴘᴏꜱɪɴɢ ʟᴇɢɪꜱʟᴀᴛɪᴏɴ ꜱᴇᴇᴋɪɴɢ ᴛᴏ ʀᴇᴍᴏᴠᴇ ꜰᴇᴅᴇʀᴀʟ ᴘʀᴏᴛᴇᴄᴛɪᴏɴꜱ ꜰᴏʀ ᴡᴏʟᴠᴇꜱ.
𝗔𝗖𝗧𝗜𝗢𝗡 𝗔𝗟𝗘𝗥𝗧: The @usfws has just released their revised Recovery Plan for the Mexican gray wolf.
𝑩𝒆𝒂𝒗𝒆𝒓𝒔 𝒂𝒏𝒅 𝑾𝒐𝒍𝒗𝒆𝒔 𝒂𝒓𝒆 𝒌𝒆𝒚 𝒕𝒐 𝒃𝒊𝒐𝒅𝒊𝒗𝒆𝒓𝒔𝒊𝒕𝒚 𝒊𝒏 𝒏𝒐𝒓𝒕𝒉𝒆𝒓𝒏 𝑾𝒊𝒔𝒄𝒐𝒏𝒔𝒊𝒏
Wolves are a family-oriented species. Their pack is their family. And when hunters and poachers kill a key member of their family, it destabilizes the entire pack. Wolves are a keystone species meaning they are vital to maintaining healthy ecosystems. This Earth Day, help us keep wolves safe in Wisconsin and the Great Lakes region.
Dear Advocates, we have already accomplished so much in 2022…staying informed, sending in resolutions to the Wisconsin Conservation Congress, and meeting with state and federal lawmakers. We have protected most of the wolves in our country and helped wildlife in peril just not in our backyards but nationally as well.
Wolves once roamed the western part of the continent from the Arctic to Mexico, but they were hunted to eradication from the 1870s onward. More than any other predator, wolves were seen as a symbol of the untamed wild in the West, and the antithesis of civilization: a danger to humans, a menace to ranchers, and competition for big-game hunters. That narrative persists, although wolves very rarely attack people, kill only 0.04 percent of livestock and serve as an #apexpredator which is essential to maintaining the delicate balance of the entire ecosystem.
The restoration of Endangered Species Act protections for wolves was a ray of hope for all those working so hard for them in Michigan. The majority who value wolves can take some comfort in the fact that these highly social and intelligent animals are, for now, safe from hunters and trappers.
In 77% of the cases where a wolf pack is dissolved, the dissolution was preceded by the death of a breeder wolf. A pack was more likely to dissolve if the alpha female (mother) died or if the death occurred just before or during breeding season. Wolves of dissolved packs often struggle to find new packs and put them at higher risk of death.